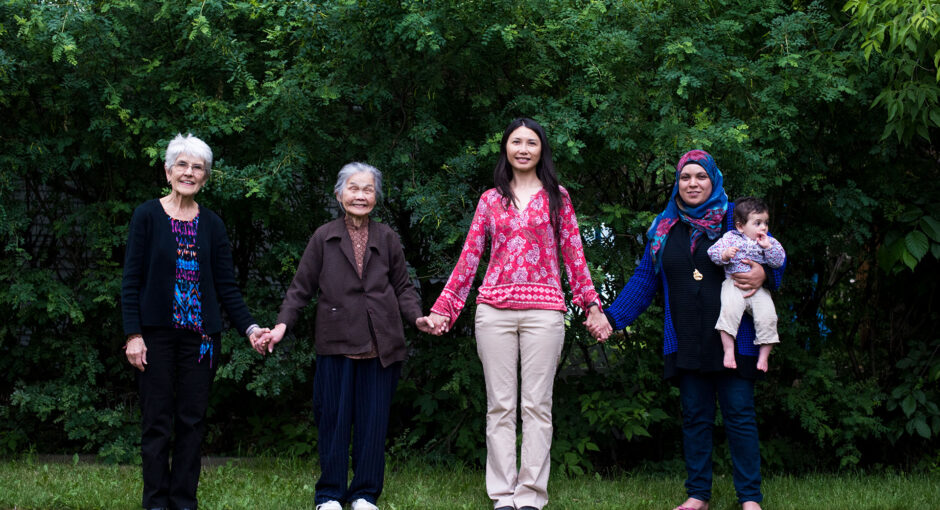 Muslims around the world celebrated the new Islamic calendar year, 1444 AH, on July 29, 2022. This occasion, which took place in 622 CE, draws its significance more as historical event than religious celebration. However, Hijra, or the migration from Mecca to Medina, is a momentous event that shaped Islamic civilization and is used to chronicle its history. At its core, Hijra is a human story and its main actors are refugees who sought a new beginning in a distant land. Then as now, migration involves uprooting people from their place of origin, leaving them vulnerable where nothing is certain. One of Hijra’s enduring legacies is that it provided a robust framework to migration and community building. It grounded this community-building on firm ethical virtues of welcome, protection, brotherhood, inclusion and economic sustainability.

Fundamentally, rootedness was addressed by widening the circle of inclusion through building a new identity that transcended local associations of tribe and clan where the parts were integrated into the whole. This model of community building can most definitely enrich today’s debate about immigration and refugees.

Notably, there is a renewed vigor about immigration and refugees since the late part of the 20th century. Conversations about immigration have descended into a media-frenzy where immigrants and refugees are portrayed as “enemies at the gate”. More alarmingly, xenophobic discourses that aim to dehumanize the refugee and marginalize the immigrant had gained legitimacy and moved from the fringe into the center of political discourse, often for narrow political aims. In the midst of this polarizing debate, Canada stood as an exception. It provided a strong counter-narrative which refutes these xenophobic tribal discourses. Canada has succeeded in adopting and adapting new ways to provide protection, opportunity and a new home for those who need it.

Canada has a long history of accepting refugees at times of crisis. For example, in 1956, the Canadian Government implemented a special program that offered 37,000 Hungarian refugees free transport to Canada. A similar program brought approximately 12,000 Czech refugees to Canada between 1968 and 1969. In 1970s, under the “Oppressed Minority” policy, Canada accepted more refugees from Chilean and Ugandan-Asian refugees. Most notably was the Private Sponsorship of Refugees (PSR) Program to address the Indochinese refugees, better known as the “boat people” devised in 1979 in which 5,457 groups across Canada had applied to sponsor refugees. This same program was repurposed to welcome Syrian refugees. Between 2015 and 2017, more than 40,000 Syrians, nearly a third of them privately sponsored refugees, were resettled in over 350 communities.
Newer Canadians have continued on this mission. Canadian Muslims have provided support to many refugees across the world through donations to charities with mandates to help refugees and displaced persons at home and abroad.

More recently, the Refugee Zakat Fund was established in 2019 by UNHCR to be a key donor vehicle to raise funds to support refugees across the world. In 2020, UNHCR started its operations in Canada and successfully raised $1.5 million from individuals in Canada and the United States. The Muslim Association of Canada and other Canadian Muslim charities have partnered with the UNHCR to transform the lives of refugees and joined the launch of UNHCR’s first Annual Global Islamic Philanthropy Report held in Canada on April, 17, 2021.

At the roots of Canada success are two unique ideas. The first is that Canadian nationalism drew less from the European variety, and instead developed into a unique form that was never anchored in blood or soil, nor was defined by demarcated borderlines or walls. Rather, it is one that is comfortable with the contradictions resulting from multiple identities and multiple loyalties, as noted by John Ralston Saul. This helped create what Michael Adams noted a poor soil for reactionary, xenophobic nationalism.
The second is connected to how effectively Canada institutionalized inclusion and integration through multiculturalism. Multiculturalism was brought to popular attention by John Murray Gibbon’s 1938 book Canadian Mosaic: The Making of a Northern Nation. Later, it became the foundation for nation building. At its core, as Ralston Saul noted, multiculturalism as a philosophy ensures “positive tension between organized integration and celebrated diversity.”

However, Canada’s record is not perfect as there is a legacy of racist oppression. This manifested in today’s appalling conditions in many indigenous communities. The existence of systemic biases is undeniable as exposed recently by the “reasonable accommodation” debates and the passage of Bill-21 in Quebec, and the “barbaric cultural practices” hotline and citizenship courts and face coverings saga pushed by many politicians. Despite these xenophobic episodes, Canadian multiculturalism has proven resilient to withstand the pressures of populism and divisive politics.

As the current population of refugees and displaced persons has just reached the 100 million mark, and is predicted to reach 250 million people by 2050 due to stresses generated by climate change, Canada’s unique contribution may be in providing a blueprint for how to welcome and integrate newcomers and build inclusive communities. This blueprint echoes with the ideals of the society produced by Hijra which were based on pluralism where unity was found within the contours of diversity. This might help humanity minimize what Justice Rosalie Silberman Abella, who was born in a displaced persons camp in Germany during WWII, called “the waste of genus and brilliance of the millions of the untapped human potential marginalized by wars, conflict and bad luck”.

Abdul Nakua is an executive with the Muslim Association of Canada. He currently serves on the board of directors for the Ontario Nonprofit Network, and is a member of the nonprofit sector’s Equitable Recovery Collective. MAC is supporting the UNHCR’s Islamic Philanthropy Programme through the Refugee Zakat Fund.

The views and opinions expressed by the guest author do not necessarily reflect the views or position of UNHCR.

The Supreme Council of Imams and Islamic Affairs of Brazil | Brazil 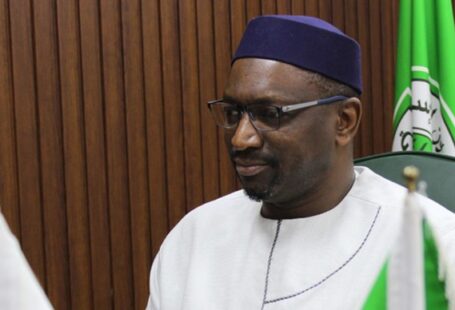 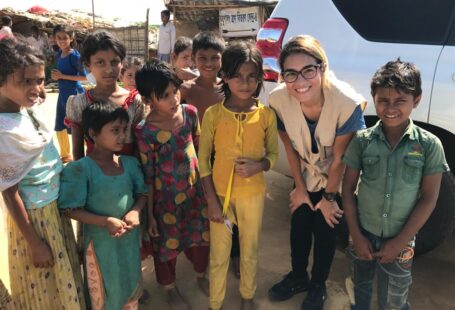