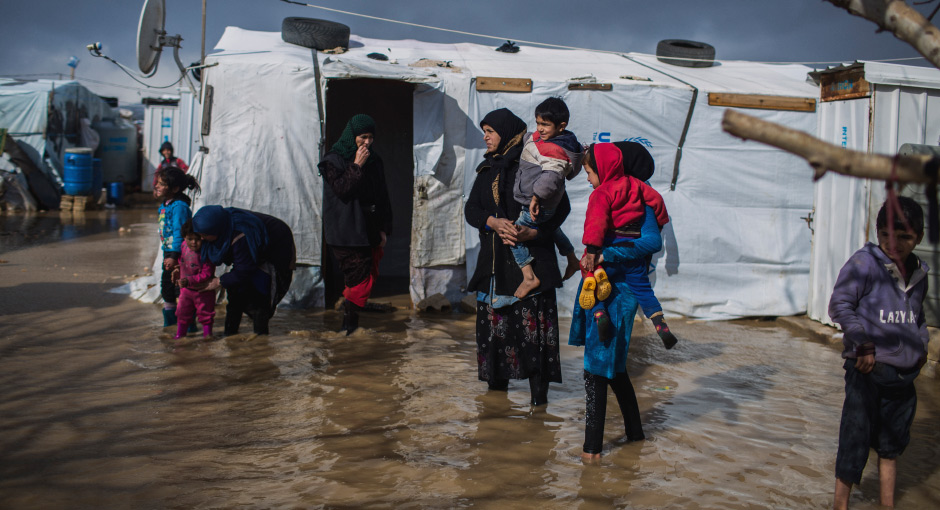 UNHCR, the UN Refugee Agency, launched its “Warm Their Hearts” campaign to close funding gaps for its US$222 million Winterization Appeal that aims to support 3.88 million refugee and displaced families in Syria, Iraq, Lebanon, Jordan and Egypt to cope with harsh winter weather.

Temperatures are expected to fall below zero in some areas where refugees live in makeshift tents or substandard housing. This includes tens of thousands of Syrians who were displaced due to recent fighting in north-east Syria, as well as around 12,000 Syrian refugees who sought safety in Iraq where temperatures are also expected to drop. Many of the vulnerable refugee and displaced families have expressed fear and dread to UNHCR ahead of what will be, for many, their ninth winter away from home, while struggling to keep their families warm amid poverty and dwindling resources.

“There is nothing more heart-breaking than hearing displaced families recount the hardships they are forced to endure due to bitter winter weather conditions. Last year, as winter storms lashed through the region, millions of displaced men, women and children struggled to keep themselves warm, safe and dry” said UNHCR’s Houssam Chahine, Head of Private Sector Partnerships in the MENA region.

Funds are urgently needed to secure winter essentials such as thermal blankets, plastic sheets and winter clothes for hundreds of thousands of displaced families in Syria, Iraq, Lebanon, Jordan and Egypt. The funding will also help secure urgent seasonal cash assistance for refugee and internally displaced families that is often used to cover their additional needs such as fuel, winter clothing, food and medicine. The contributions will also support weather-proofing and repairing shelters as well as improvements to drainage systems and other infrastructure in camps and informal settlements. This year, UNHCR hopes to reach some 3.88 million displaced people as well as those recently displaced by fighting in north-east Syria.

Last winter, 67% of UNHCR’s winter assistance was in the form of seasonal cash for displaced families, while 33% was distributed as core relief items for winter. Through its Winterization Appeal, UNHCR was able to provide winter support for 3.6 million displaced and refugee children, women and men across Syria, Iraq, Lebanon, Jordan and Egypt who struggled amid harsh weather conditions as snowfall and frigid temperatures exacerbated their suffering.

Highlighting the importance of the Winter Appeal, Chahine added “UNHCR wants to reach as many vulnerable refugee families as possible and to help them face severe weather conditions this winter. We call for your support and solidarity to raise the life-saving funds to address these urgent needs.”

UNHCR’s Winterization Appeal was launched in September 2019 and yet, to date, full funding has not been secured. This funding gap has a direct impact on the well-being and survival of hundreds of thousands of refugees and displaced persons. The campaign aims to help close this gap by mobilising greater public support for displaced people across the region.

To support UNHCR’s winter appeal for the MENA region, please visit: http://giving.unhcr.org/winter. You can also dedicate your Zakat contributions to refugees this winter, through the Refugee Zakat Fund on: https://zakat.unhcr.org/

The Refugee Zakat Fund: 5 Things You Need to Know 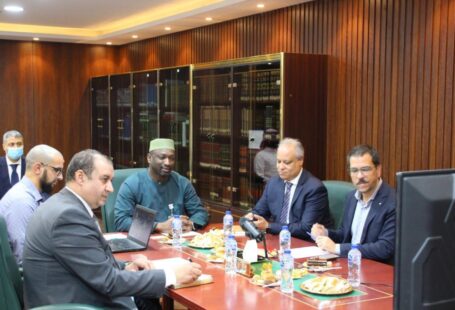 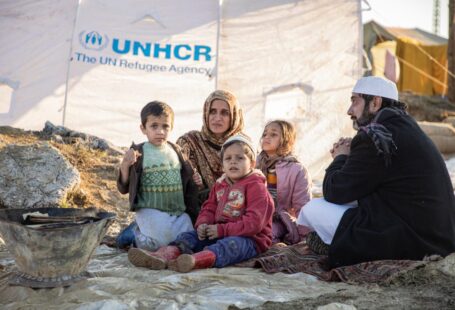 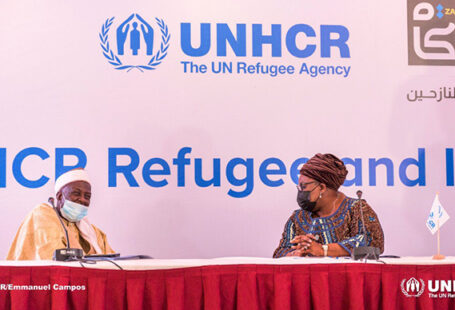